Once upon a time, a long time ago, there lived a king named King ISDee. King ISDee wanted the best kingdom in the world. He wanted his people to thrive. He wanted peace and prosperity. His advisors were the best money could buy, always training apprentices to take their places over time so King ISDee would never be forced to rule alone.

One day a new merchant approached King ISDee’s advisors with a thought. The people King ISDee wanted to thrive were potentially troubled. While most were thriving as they should, a small percentage were struggling. King ISDee wanted all his people to thrive, not most. The merchant had a plan to make that happen.
A proven plan. A plan 9 out of 10 dentists approved. A state-of-the-art, new and improved plan.

The people would never participate if King ISDee didn’t require it, but if he would, the merchant guaranteed the best results ever.

The advisors listened to the merchant and told him they would take his plan under advisement. They did. They talked about it over small dinners, excited at the thought that they could possibly help King ISDee reach his goal of helping ALL his people thrive, thrilled at the idea of a proven plan to make that happen. The apprentices loved the idea. They wanted to go forward immediately. The sage advisors said they needed more time to look at the potential outcomes of the plan and to study the reasons for failure to thrive in Kind ISDee’s land of plenty. While they studied, though, they would meet with the merchant.

The merchant met with the advisors over time. At the meetings he heard about the excitement of the apprentices and asked if some of the apprentices could spend time with him, learning the ins and outs of his new plan. The advisors agreed that would be a wonderful idea. They planned a dinner, but the merchant told them he had made arrangements for an elaborate feast at the best restaurant in the kingdom. The advisors could feast and debate and look at the details of his plan without worry. The advisors thanked the merchant, but they declined his invitation. They could not feast for fear the merchant’s generosity would affect the outcome of their debates.

The kindly merchant understood. He told them the feast was already paid for and would still take place, but no one had to attend. Perhaps the advisors would stop by for a snack…or not. The choice was theirs.

The advisors thanked the merchant and sent him on his way with an apprentice.

Together they planned how to convince the advisors to hear the plan. How to reform them!

The apprentice invited his friends to the feast. A few advisors stopped by for snacks. They all agreed the merchant’s plan could be an easy answer to the persistent problem of the few who failed to thrive. They’d spent so many hours trying to find HARD answers when the easy answer was right here with the merchant. But the few advisors knew they could not convince the majority of the advisors to agree to the merchant’s plan. The majority had decided an easy answer was no true answer. They insisted on continuing the HARD work of problem solving.

The merchant scoffed. The few failures! King ISDee could not continue to leave them behind.

The advisors snacking agreed. But what could they do?Wringing their hands and shaking their heads they left the feast.

The apprentice had an idea. They would bypass the advisors and go straight to King ISDee.

The merchant loved the idea.

King ISDee listening to the merchant in horror. What?! He had a few failing to thrive in his kingdom?! When there was a proven plan that would save them?!

He called a special session with his advisors and took them to task.

The advisors explained that the majority were strong. They were excelling in all areas. But the few strugglers were affected by sickness, death, hunger and homelessness. The few could be helped, but it would take time. It would take true intervention in their lives. It would take an investment. Perhaps a master advisor could go to the area and make a change.

King ISDee thought of the plan. Yes, perhaps it could work. But first he wanted to speak to the merchant once more.

The merchant listened to the advisors’ solution and shrugged. Yes, the investment COULD work. But why when he had a PROVEN plan that would work better, faster, cheaper?

King ISDee shook his head as he looked at the latest report on his kingdom. The report provided by his oldest master advisors warned of trouble. A few in the kingdom thrived, most simply existed, many failed. The report made no sense. He held up a different report. One given to him by the merchant. It showed most in the kingdom thriving. It blamed the few failures on advisors who refused to implement the plan. He railed against his advisors. Fewer now than ever, they trembled in the angry king’s presence. But they believed in their calling. They had appointed a speaker. The speaker stood and swallowed then spoke.

“King ISDee, perhaps the answer is to visit the people. Put the reports aside. Spend real time with them. Look at the reality of the situation instead of the report.”

King ISDee considered the advise. He heard his advisors. But in the end he held up the proven plan. “The data supports this conclusion,” he said.

And he continued to rule his shrinking kingdom with an iron fist and the merchant’s plan. And the few who failed to thrive grew into the many. And the advisors died…one by one until none were left. And then one day King ISDee took his last breath. And the merchant pretended to mourn while the apprentices placed a gold crown upon his head.

It was an amazing year, and I had amazing editors. One of the editors joined the local university yearbook staff. Yearbook at the university was done out of an area other than Mass Comm, and it was pretty much a disaster. Ultimately, the university decided to move the book online only. Before long my former editor was working alone on the project. No one cared about the online yearbook. I agreed with her when she said an online yearbook isn’t really a yearbook at all. Since then I’ve seen years go by with a great kid or two working on the product called a yearbook, and I’ve seen them begging for help, and I’ve seen everyone shaking their heads and walking away. Because still…no one cares. An online supplement is a great idea. But it’s NOT a yearbook.

Fortunately our admins see the value in the book, not only for the book itself but also for the entire journalism program. You look at quality high schools, and they have quality student journalism programs. They build strong school cultures where students take pride in their campus. They know the fight song and alma mater. Like one yearbook adviser said this summer, “You get the kid to love their school, and they’ll try a lot harder on the test.” She was right. Strong journalism programs are part of the quality school equation.

This is the last of my  journalism adviser posts. I enjoyed the week sharing my thoughts on my class and what we do. I’ll definitely post about the J-Class again, but it won’t be constant. :)#

MY NEW BOOK COMES OUT TOMORROW!!!!!

(Don’t forget to sign up for my newsletter for updates on my books. There’s a link to the registration on the right hand side of the page. No spam, I promise! No more than 12 newsletters a year.)

Failures Define Us If We Let Them

The First Time:
The secrets lived in the books on the top shelf.
Some books were paperback, new, glossy with names Like Southern Living’s Best and The Joy of Cooking, but my favorite was the giant, splotched on the outside red and white flecked, yellowed paged hard back Betty Crocker.
I don’t know how old I was, I think 10, when I first dared to take it from its home and make a meal.
French Toast. I served it as breakfast in bed to Mom and Dad.
After that I was fearless.
I made pie crust and chiffon pies. Popovers. Pasties. Pancakes of every kind imaginable.
Once I nearly burned down the house making a surprise anniversary dinner for my parents. Not because of the cooking, but because I didn’t have any matches to light the candles so rolled up a ton of paper towels and caught them on fire using the electric stovetop. Paper towels burn fast! I was 11 or 12.
The food was good, though.
The burnt spot on the new carpet…well, we just moved furniture around to cover it.
In sixth grade my love of cooking landed me in cake decorating classes.
In high school, I worked for Del Taco, and my favorite job was prep where I’d spend two hours shopping and mixing.
A fearless belief in my abilities to cook anything led me to fun in the kitchen.
I don’t know when or how that changed.
It’s funny that The Artist’s Way has brought it back to me.
My failures in the kitchen became fodder for funny family stories, and I let them identify me. I quit trying.
I’m going to reclaim the fun. Unfortunately, I sold the ancient Betty Crocker Cookbook in a garage sale.
Will I still have failures? I’m sure. But they won’t define me. I won’t let them.
### 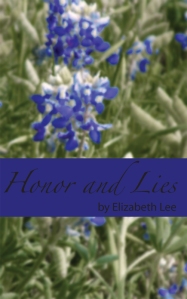