Big Chef In The Sky

Big Chef was the place. An old fashioned diner complete with a counter, a customer base of retirees composed of aging vets and the requisite crew of wait staff who could dish out the sass as quickly or even quicker than they took it.

When my father-in-law walked in, a chorus of “Lee” sounded around the place and he would say hello to all as he led us to the counter for a burger and fries or tater tots and hot chocolate or coffee and coffee and coffee. We weren’t there often, but Johnny was, and he wasn’t alone.

Big Chef is gone now, replaced this week by a new diner. The other patrons are almost all gone too. Cancer, old age, heart problems. Time does that.

I never understood the real magic of Big Chef until visitation for my father-in-law.

Everyone there loved Johnny. Many of them had met at Big Chef, and over the years he’d had them over for Thanksgiving, Christmas and Sunday dinners he cooked.

One of his Big Chef friends drove hours from Port Arthur for the visitation. Johnny served as an honorary pall bearer for that friend’s wife back in 2010. The man was a truck driver who stopped in at Big Chef regularly and ended up as much family as friend.

Another Big Chef friend lived across the street from Johnny. The World War 2 vet enjoyed being known as a grumpy old man even more than Johnny did. When he got sick, Johnny and a few other Big Chef friends checked in on him all the time and made sure he ate, took him up to Big Chef, went out to visit him at the Veteran’s Center when he couldn’t continue to stay at home. That friend’s daughter took Johnny to the hospital years ago when he had a blood clot and probably save his life. She was with Brian and Johnny when Johnny took his last breath last Friday at the Veteran’s Center.

Other Big Chef friends checked in on Johnny often over the last two and a half years as Johnny battled metastasized lung cancer. They were there for the car auctions and the time out in the shop working on the classic car collection, something the doctor said gave Johnny quality of life and would help him live longer. It did too. Until the last few weeks of his life, Johnny worked on those cars with his friends. Friends made at a diner first years and years ago.

Big Chef was a place.

But it was a whole lot more than that. 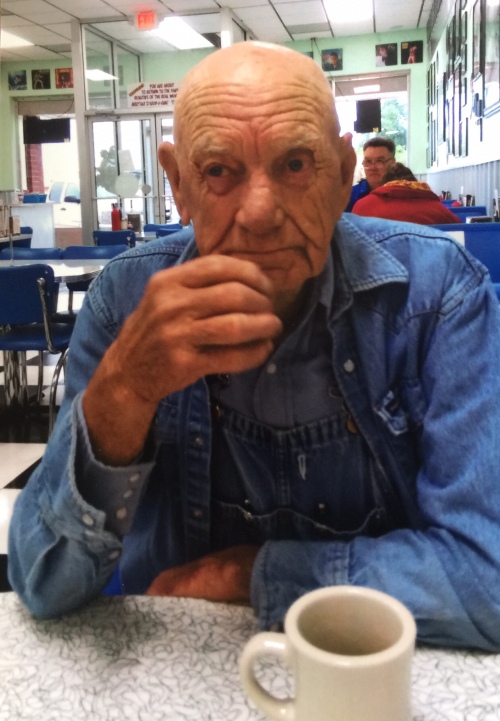 He was a good father-in-law. He will be missed.