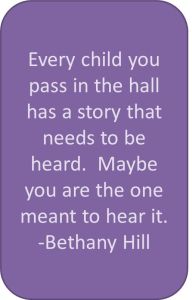 When I stand up at the front of my intro class and tell them they’re not getting regular grades on their writing, they look worried. When I show them the revision system, they freak out a little more.

If I put a grade on a kid’s paper, they’re done. But I don’t put grades on the papers. I use check plus, meets all objectives; check, meets most objectives needs correction; check minus, needs revision; X, needs tutorial session because there’s a complete disconnect with what’s supposed to happen and what happened.

Students must revise until they reach a check plus.

I usually end up with a lot of As in my intro class because of the system. They do until they do it right.

Last semester I added a new component to the system. I required the students to use Google Drive to create documents and turn them in. It seemed like a no-brianer. Moving to paperless was a responsible decision, students wouldn’t lose their work, we met in a computer lab so technology wasn’t a problem. Yay Google Drive.

Enter the real world of constant connection. Two big things happened. One, students were easily distracted by the Internet. That’s relatively easy to address, but it required constant supervision. If that were the only problem, I wouldn’t be revamping for this year.

The biggest problem I found was kids did not respond to Google edit comments the way they do to written comments. I thought they would love edit comments. No more worrying about my handwriting because the comments were typed. No more forgetting to address an issue because the issue is clearly marked on the paper.

What I found was students did not respond the same to edits on screen as they did to edits they can touch. They did not respond to my words as something I clearly took time to work on. Even when I added notes to the bottom of the page and did individual conferencing after each writing assignment, the process felt cold.

In the end, last semester’s intro class did not perform to the level of past classes, and I worked a LOT harder.

I’m going to use Google Drive again this semester. But instead of having them turn the story in there, I’m going to have them print the story and I’ll comment the old fashioned way. I’ll still have them share their stories with me while they’re in the creative stage, though, because I can see the work in progress. The class will help come up with consequences for Internet distraction.

I thought about throwing Google Drive out for the intro class, but I don’t think that’s the right answer. It didn’t work, but instead of tossing it, I’m adjusting the system. Students NEED to understand Drive. It’s part of the world we live in today. They NEED to know how to work on the computer without getting distracted (Shoot, I NEED to learn this!).

It’s going to be a GREAT year!